You are here: Home / Explore our Destinations / Switzerland

ICYE Switzerland was founded in 1960. Its 200 members are mostly former exchangees, plus other volunteers. Their office is in Bern.

Most host organisations work with children, disabled or elderly, cultural projects, and sometimes on farms.

Switzerland, officially the Swiss Confederation, is a federal republic consisting of 26 cantons, with Bern as the seat of the federal authorities. The country is landlocked between Austria, Germany, France and Italy, with a territory geographically divided between the Alps, the Central Plateau and the Jura. The Swiss population of approximately 7.8 million people concentrates mostly on the Plateau, where the largest cities are to be found. Switzerland has over 1500 lakes and is 70% mountainous.

The Swiss Confederation was founded in 1291 as a defensive alliance among three cantons. It secured its independence from the Holy Roman Empire in 1499. It has a long history of neutrality – it has not been in a state of war internationally since 1815 – and did not join the United Nations until 2002. Switzerland is home to many international organisations, including the World Economic Forum, the International Olympic Committee, the Red Cross, the World Trade Organization, FIFA, and the second largest UN office.

Switzerland comprises three main linguistic and cultural regions: German, French, and Italian, to which the Romansh-speaking valleys are added. The Swiss therefore do not form a nation in the sense of a common ethnic or linguistic identity. The strong sense of belonging to the country is founded on the common historical background, shared values (federalism, direct democracy, neutrality) and Alpine symbolism. 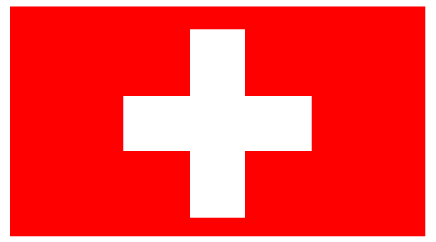